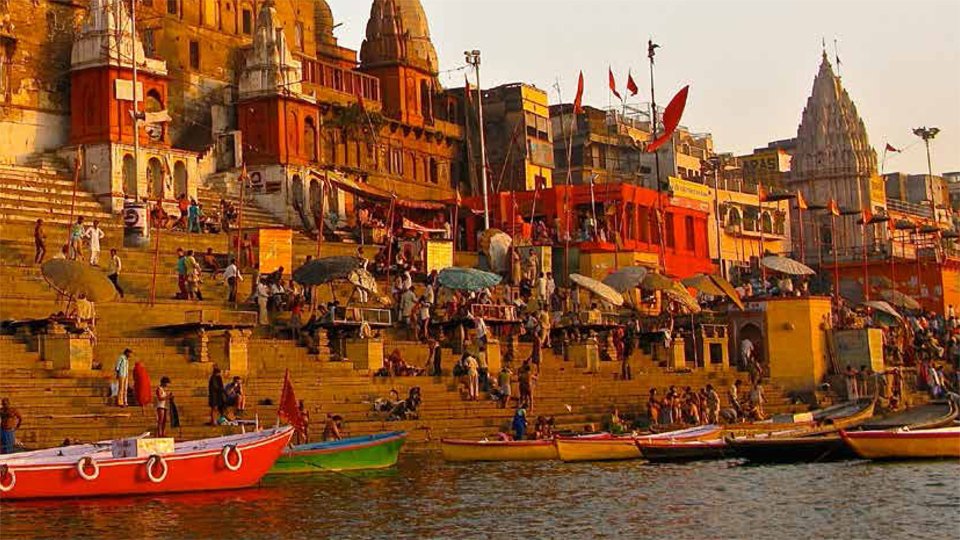 Uttar Pradesh is endowed with a varied spectrum of tourism offerings. These range from one of the 7 modern wonders of the world (Taj Mahal – Agra) to unique cultural and religious hotspots like Varanasi, Braj (Mathura, Vrindavan, Goverdhan) and Awadh (Lucknow, Ayodhya), chiefly, amongst others. In this regard, Uttar Pradesh is also home to some very important Hindu pilgrim centres of India viz. Krishna Janmabhoomi (Mathura), Ram Janmabhoomi (Ayodhya), Sangam (Allahabad), Baba Vishwanath (Varanasi), Maa Vindhyavasani (Vindhyachal), including important destinations related to the life of Lord Buddha – Kapilvastu, Sarnath, Shravasti, Kaushambi, Sankisa and Kushinagar. 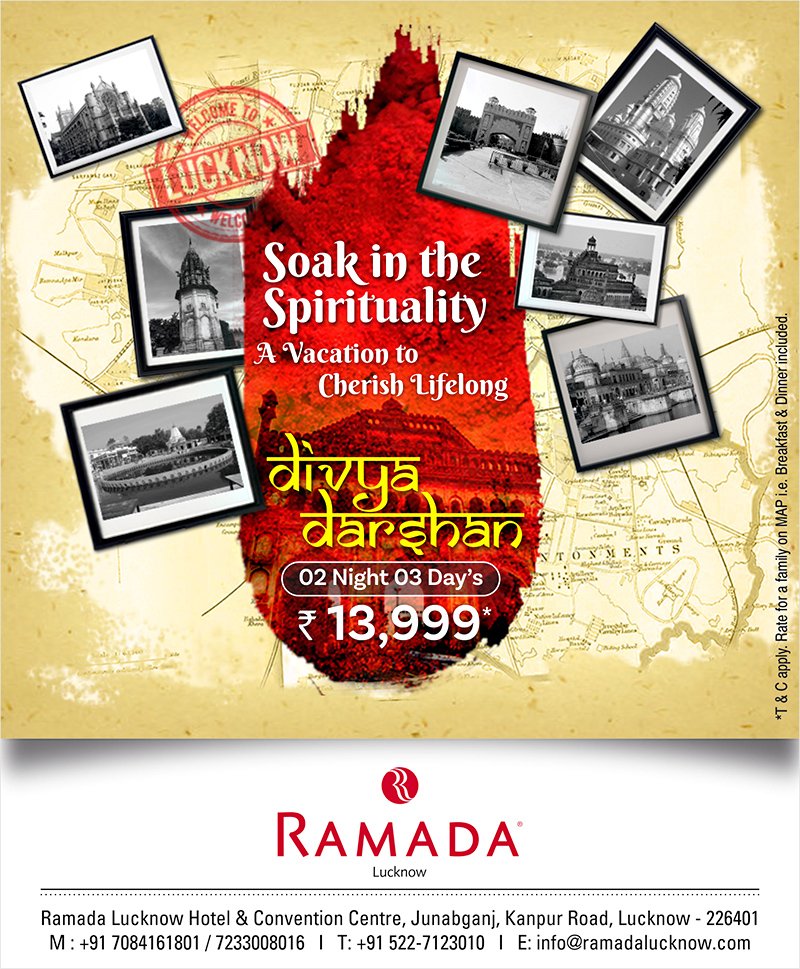 It goes without saying that for the spiritual seeker, there is no better destination than Uttar Pradesh to help explore the higher planes of belief and faith in the country. It is also with this in mind that the U.P Department of Tourism introduced the now-popular Uttar Pradesh Heritage Arc connecting the three most important tourism hubs of U.P. – Agra, Lucknow and Varanasi. This has naturally helped boost UP tourism as it covers the true essence of Uttar Pradesh, by offering a gamut of cultural, religious and heritage tourism assets.

So where would be a perfect start to immerse in this promising and inspiring journey of self-discovery and reinforcing one’s belief systems ? We would recommend one starts with the three spiritual centers that will effectively become the springboard for your mind to explore the rest.

One of the most important temple towns in India, Ayodhya, famous for being the birthplace of Lord Ram, is a revered place and attracts scores of pilgrims every year. Located in Uttar Pradesh, around 110 kms from it’s capital Lucknow, Ayodhya has a famous history in Indian mythology. Known as Kaushal Desh during the ancient times, it is situated on the right bank of river Sarayu and is sacred for it’s temples. Remains of all religions can be found here and Sarayu river is also revered for its place in Indian history and is celebrated during various festivals.

Naimisharanya or Nimsar, 95 km from Lucknow, is another pilgrimage centre, and is located on the banks of River Gomti. This place has been mentioned in various Hindu scriptures as the holy place where many sages performed tough penance. Parikrama of Naimisharanya, held every year in month of March, is of great significance for Hindu followers, as this path is believed to contain all the sacred places in India. Much importance and significance is also given for taking bath in Naimisharanya during Mahakumbha when Sun is in Mesha Raasi, which happens once in 12 years.

On the outskirts of Kanpur City, find Bithur, another religious centre of significance. This temple town is on the banks of famous Ganga and is a peaceful and tranquil location. It is believed that after the destruction of the universe and its subsequent restoration by Lord Vishnu, Bithoor was chosen by Lord Brahma as his abode. Lord Rama’s twin sons, Lava and Kusha are believed to have been born here. Bithur is also associated with India’s freedom struggle stalwarts like Rani Laxmi Bai and Nana Saheb Peshwa. One of the biggest attractions at Bithur is the Sunrise and Sunset view that it offers over the vast expanse of mighty Ganga. There are also other attractions like Valmiki Ashram, Brahmavart Ghat and Nana Saheb Palace.

Ramada Lucknow now offers a consolidated tour of these three destinations through their Divya Darshan Tour Package for 2 nights & 3 days, for a family of two adults & 1 child aged under 12 years. 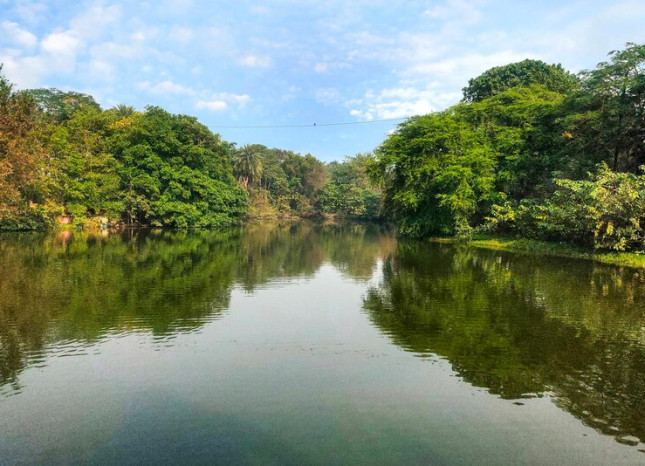 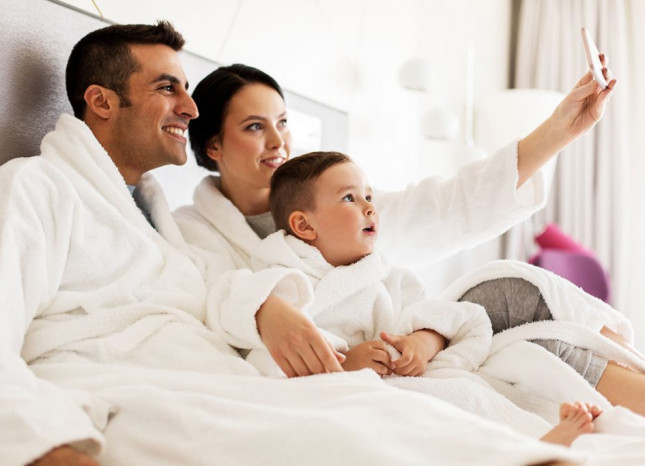 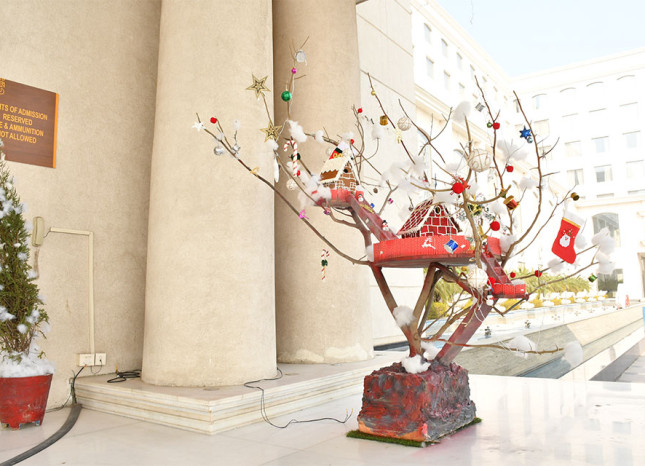